Home » GenIUS, identità di genere, intersessualità, OPINIONI » The more things change, the more they stay the same: On the epistemology of queer critique

The more things change, the more they stay the same: On the epistemology of queer critique 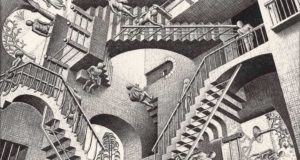 This article takes issue with the criticism against those that I call “sinister accounts”, that is, analyses contesting pieces of legislation, policy measures and judicial decisions that are generally considered as steps towards a more equal and free society. According to some scholars, such a radical, hypercritical attitude, typical of many queer critiques, tends to produce pedantic and dismissive readings of political and legal advancements and thus fails to capitalize on the limited resources of Western liberal democracies. Even more importantly, from a social-theoretical perspective, sinister accounts are charged with draining social agents of any autonomy and self-awareness in that they are described as unconsciously complying with invisible hegemonic forces. With reference to accounts of the detrimental effects of non-conventional relationship recognition and in the light of a particular notion of the work of concepts in social life, I try to rebut this criticism by showing that sinister accounts contribute to opening fissures into the vision of social agents in order for the latter to (re)discover the silenced alternatives that various processes of normalization and naturalization inevitably conceal.

ARTICOLO29 powered by WordPress and The Clear Line Theme